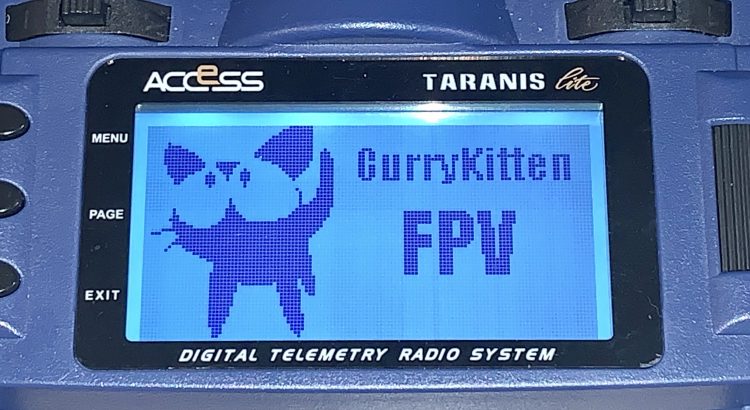 Going on for around a year ago, I made a YouTube video to provide a small tutorial on how to enable D8 on an LBT radio. Typically, your Taranis X9D or QX7 radios.

Since that time, FrSky developed their ACCESS protocol, and the radios that support it, don’t support the D8 protocol. In fact, in FrSky’s seemingly endless efforts to make us hate them, originally these radios didn’t support D16 either, although this was hastily added on later.

For people on FCC, their choice is easy, you choose the FRSKY_X option in Betaflight, bind up and you are away. Previously I’ve advised against running D16 on SPI, but improvements have been made and if you are up to data on Betaflight you should have a good experience.

On LBT, it’s simply not going to bind though. But you do have a few options, 3 to be precise.

A multiprotocol module gives you a lot of cool features, pretty much the ability to bind to almost anything from your radio and fly it with all the normal settings, switches and rates you have on your radio. Got one of those little toy quads with the awful tiny remotes where the tiny sticks don’t allow any precise movement? Then a multiprotocol module will fix it. They will also allow you to use D8 mode, as well as D16 in both FCC and LBT modes.

I reviewed one of these modules from URUAV a few months ago, which had a problem that needed to be fixed by a updating the bootloader. Not a trivial fix, but there are other Multiprotocol modules on the market which don’t seem to suffer this issue, like the iRangeX version.

Previously, the FRYSKY_X_LBT SPI protocol didn’t exist, but coming in Betaflight 4.0 (I think – I couldn’t pin it down to the absolute release) you’ll have the option in the SPI dropdown to pick this protocol instead of FRYSKY_X (the FCC version) This will bind on D16 on an LBT radio and you can get on and fly.

The only issue comes if you have whoops on 3.x.x versions of betaflight and you don’t necessarily want to upgrade. What then ?

3: Instantly toggle between LBT/FCC with a simple LUA script

If you browsed through the FrSky firmware releases for various radios, you might notice that for the original QX7 or X9D there are FCC or LBT versions of the firmware for the internal XJT module. Look at an ACCESS radio and there is no such firmware The region will be set and be dependant on where you purchase the radio from.

Look beyond this and you might notice a few references that suggest it can be changed if you contact them, or your dealer. If you do this then you might get your hands on a simple little LUA script that can instantly and very easily toggle your radio between FCC and LBT. Not sure where to get it, well here’s a copy of it to download and install on your radio.

I dropped the LUA script in the tools directory of my radio, this makes it accessible from the tools section and slightly easier to navigate to and run.

From here, you can just scroll between the two settings. You don’t even need to hit enter to select one. Just land on the one you need and exit the script and you’ll be in that mode. The only restriction I’ve noticed is that you need to be in a model where the internal module is activated. If you try this from a sim, the script will be unable to detect your current setting,

As it says: “Check your country law” – it’s worth pointing out that depending on the country you reside in, it may be illegal to fly on the other standard. I’ll leave you to wrestle with that yourself and ponder how flying around your own house with a tiny whoop could ever be detected and involve the police breaking down your door and slapping the cuffs on you 😀

FrSky recently dropped a press release telling everyone they should upgrade to ACCST D16 v2. They cited fixes to the previous version of the protocol…. you know, the one we’ve all been running for the last 6 years or so without any problem. You can see their press release here.

All I can say about this is: Don’t install it. This is nothing but a poorly designed bit of fear-mongering designed to move people onto their new v2 protocol which is encrypted and makes it impossible to bind to any 3rd party receiver. Those 3rd party receivers include SPI receivers working in D16 mode .

If you really feel you must install it (why?) then you’d need to use D8 mode in an SPI receiver. If you have an older non-Access radio, this is fine, but on the new Access radios you’d have to use a multiprotocol module.

I can only guess that FrSky were becoming worried that people didn’t dislike them enough, so wanted to give their users the final push over to Jumper instead!