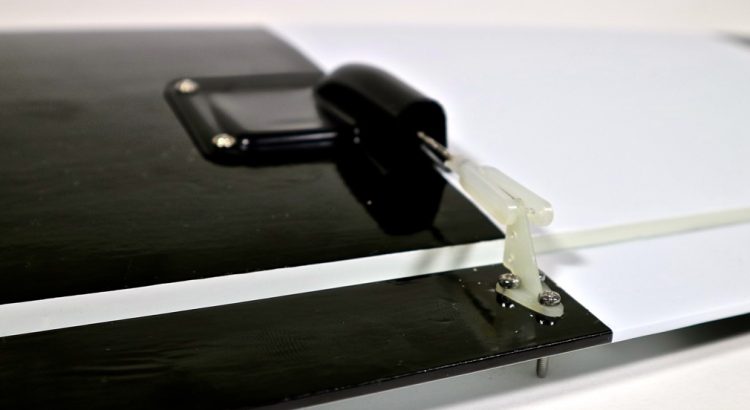 Next part of the Skyhook build was the servo installation.  On your regular foamy style plane, it’s a job that takes a few minutes – often you can just pop the servos straight into a pre-cut hole, maybe you’ll need to trim a little extra out.  With the Skyhook, there’s a little more to do.  The first problem we’ve got is the servo holders/covers – for some reason they are produced in pairs that are joined together. 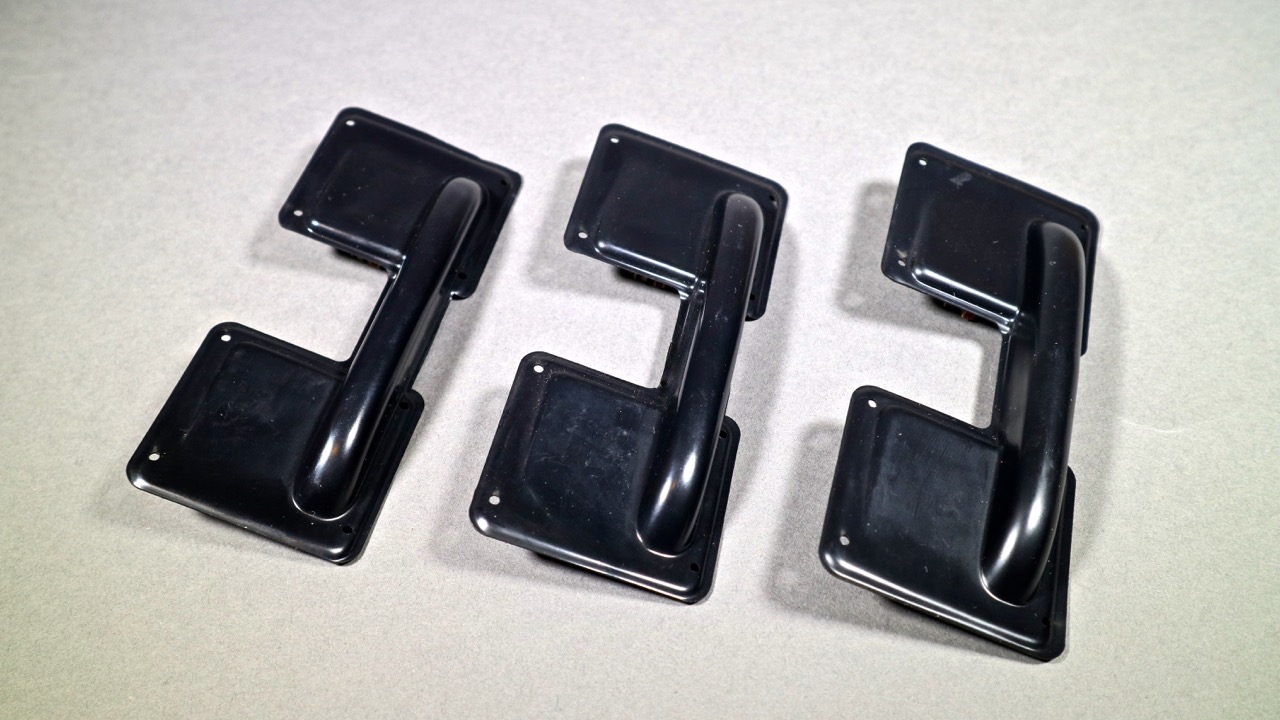 I measured up the midpoint on these, and cut them with a hacksaw.  Which, despite having a nice new sharp blade, cut them at a slight angle.  This was quickly resolved though by giving the ends a rub down on some fine sandpaper to make things level. 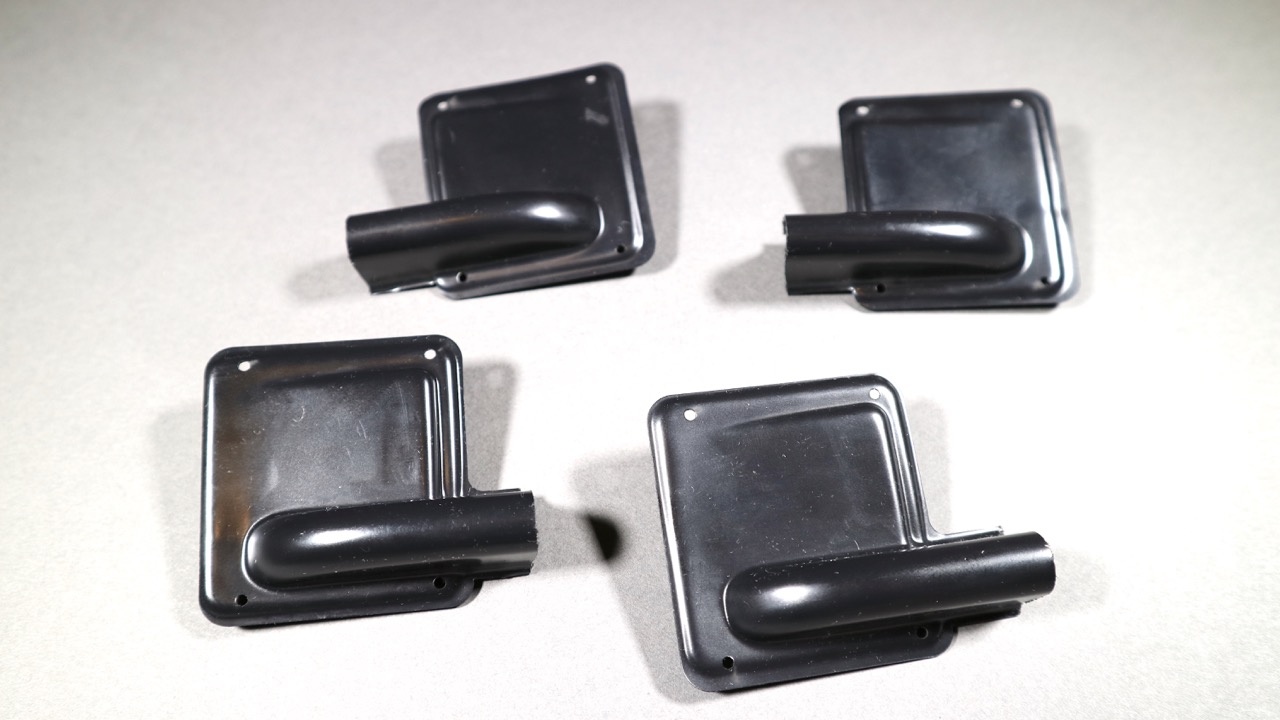 I’d never used these covers/mounts before… infact I had to ask about what these were.  Ok, it’s obvious now they’ve been cut in half, but in the original state, I wondered if it was to join two “things” together in some way.  I tested the servo mounting out, and I thought it would work pretty well. 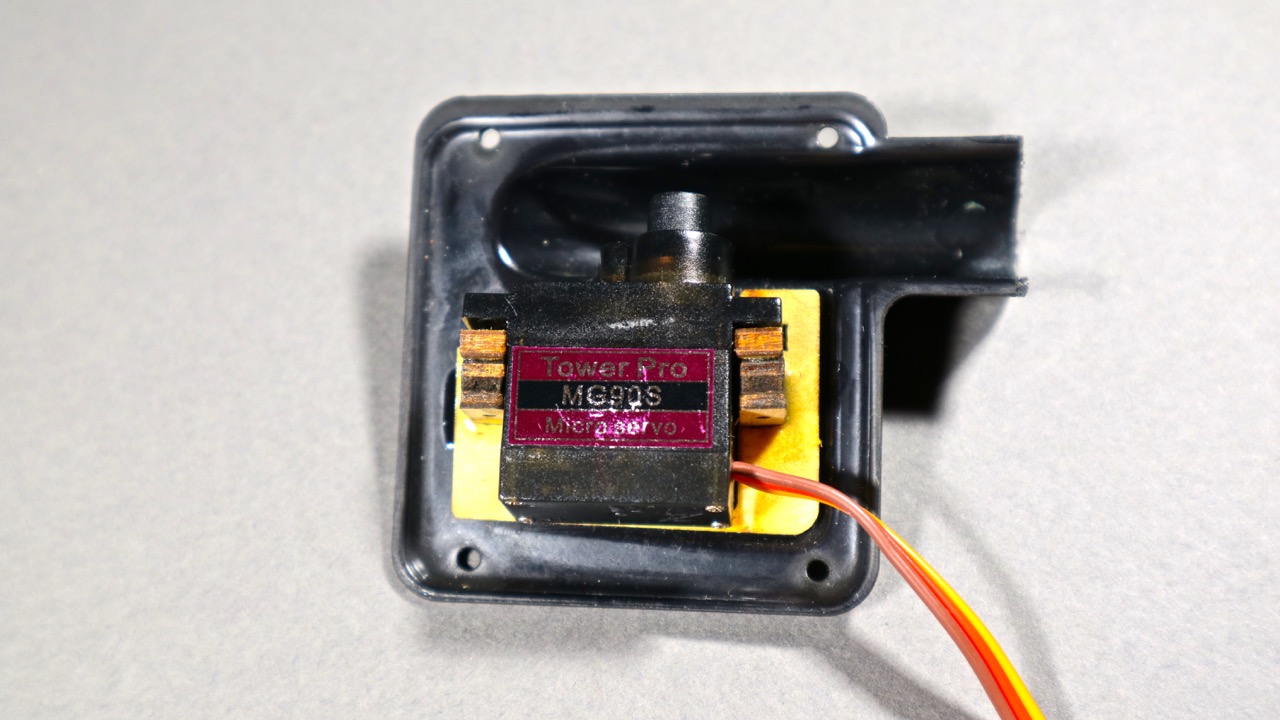 In order to test fit a servo, I had to take a knife to the plane.  All the wings/V-Tail pieces are completely covered in a skin, but if you look carefully you can see exactly where the holes have been made. 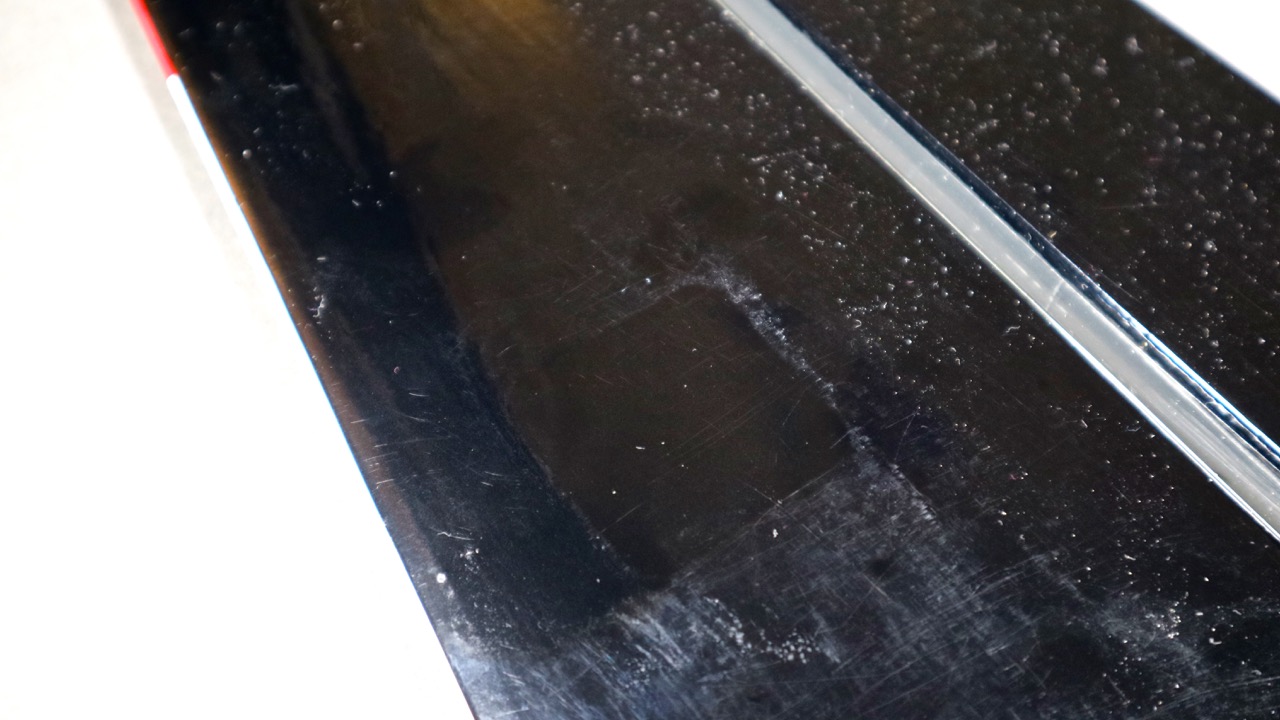 So this was just a case of cutting away the covering over the servo hole with a knife. 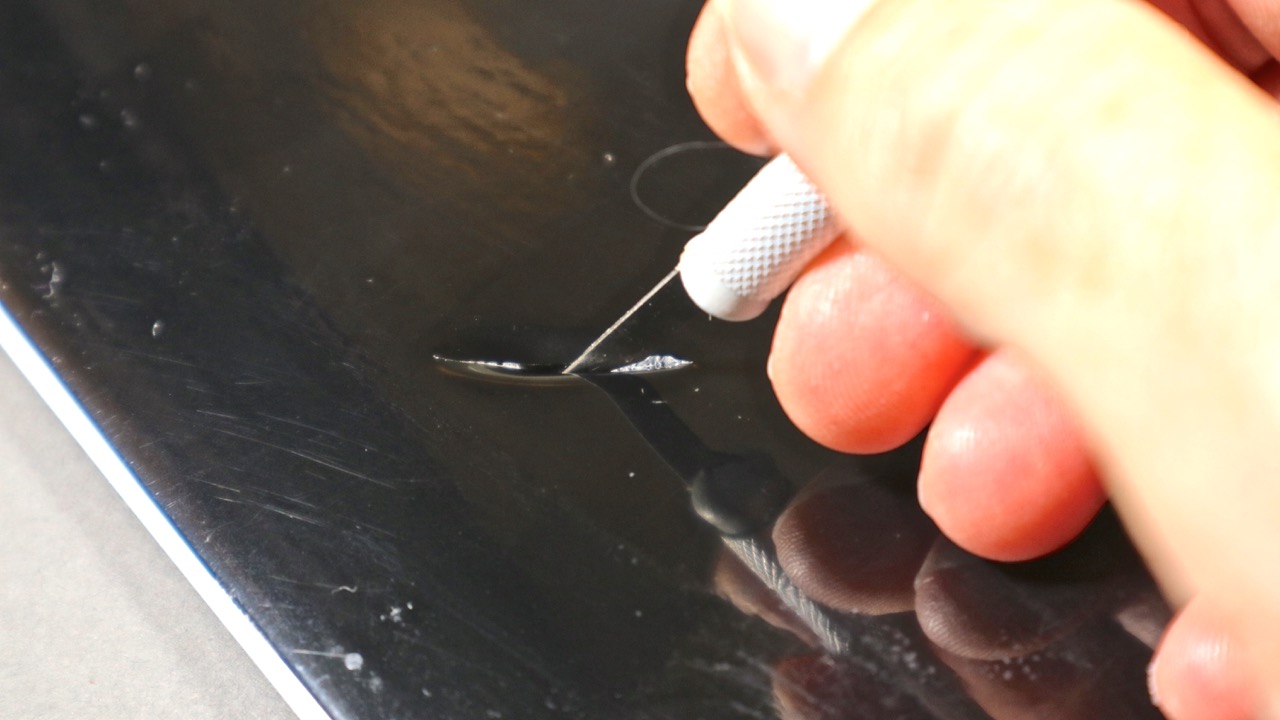 Leaving a cavity ready to hold the servo.  I started out using the V-Tail pieces, as they are the smallest of the surfaces, and so easier to manage.  There’s a hole running through wing for the servo lead. 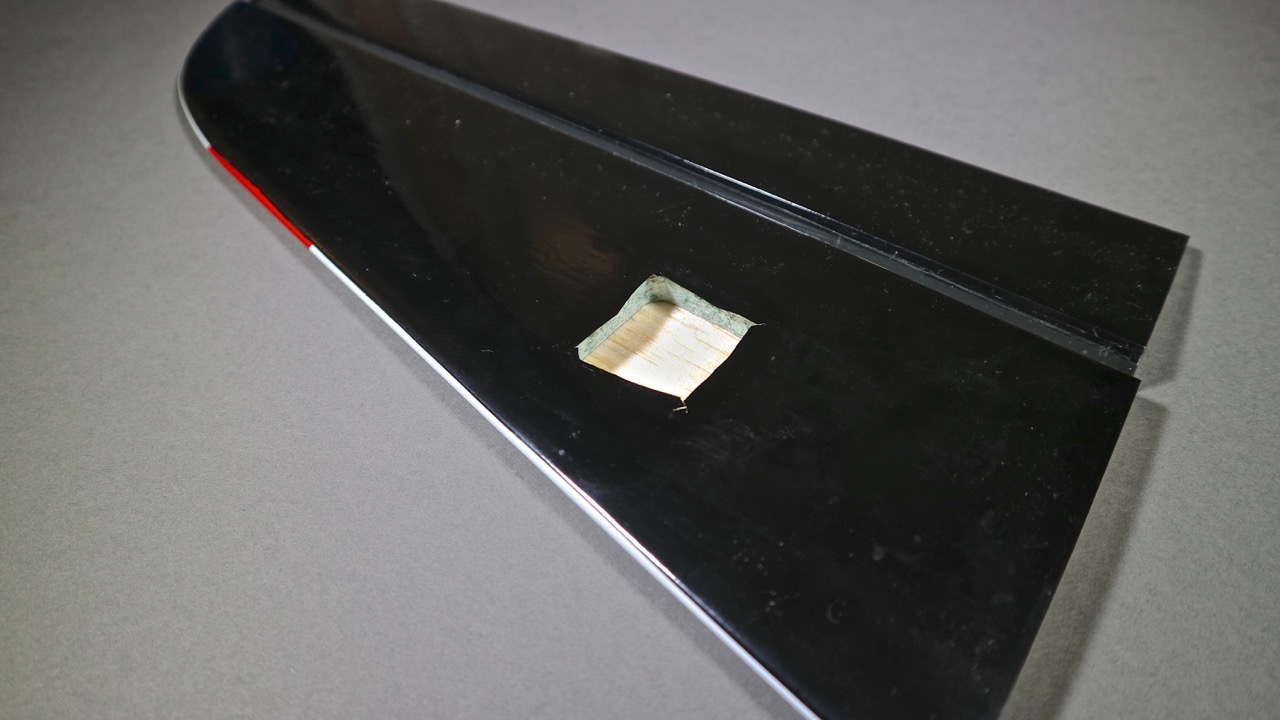 So I’d be able to measure things up ready to add the control horns, I screwed the clevises into the threaded control rods and set these to the approximate lengths for each of the surfaces. 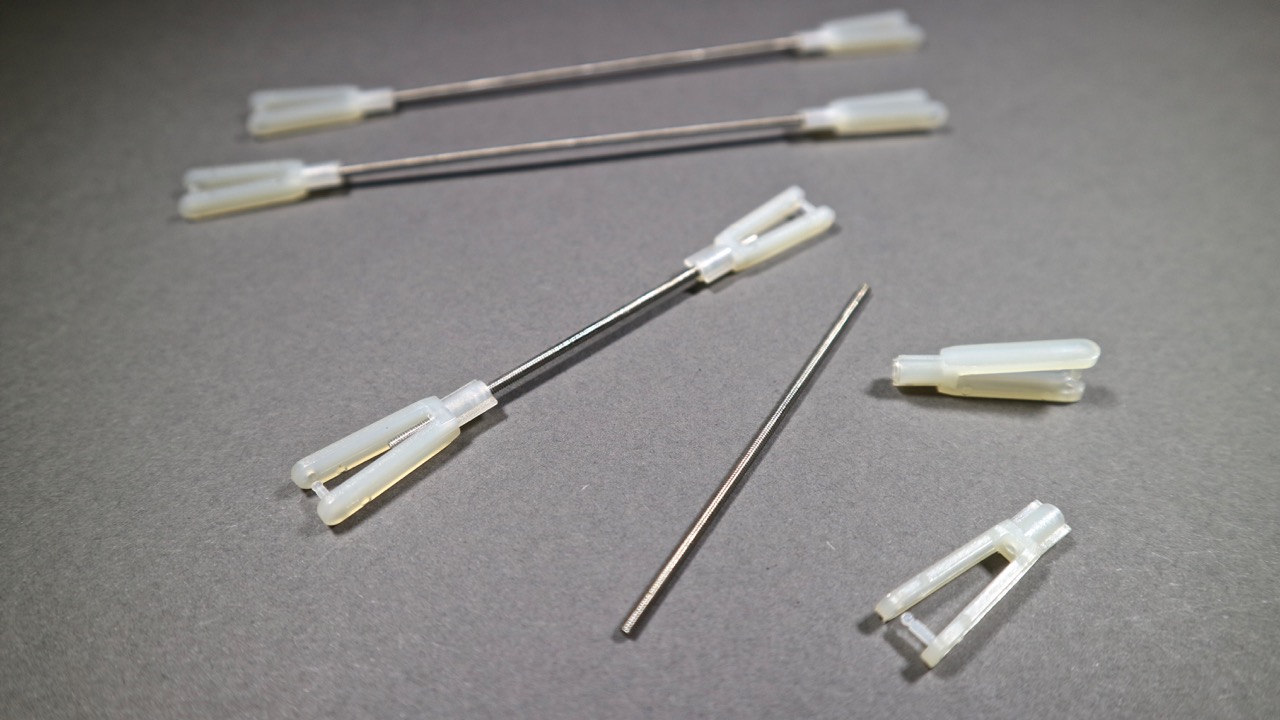 Next I installed the servo into the cover and then fitted it over the cavity – the servo mounting pieces actually made this quite a tight fit.  Then I screwed the cover in place. 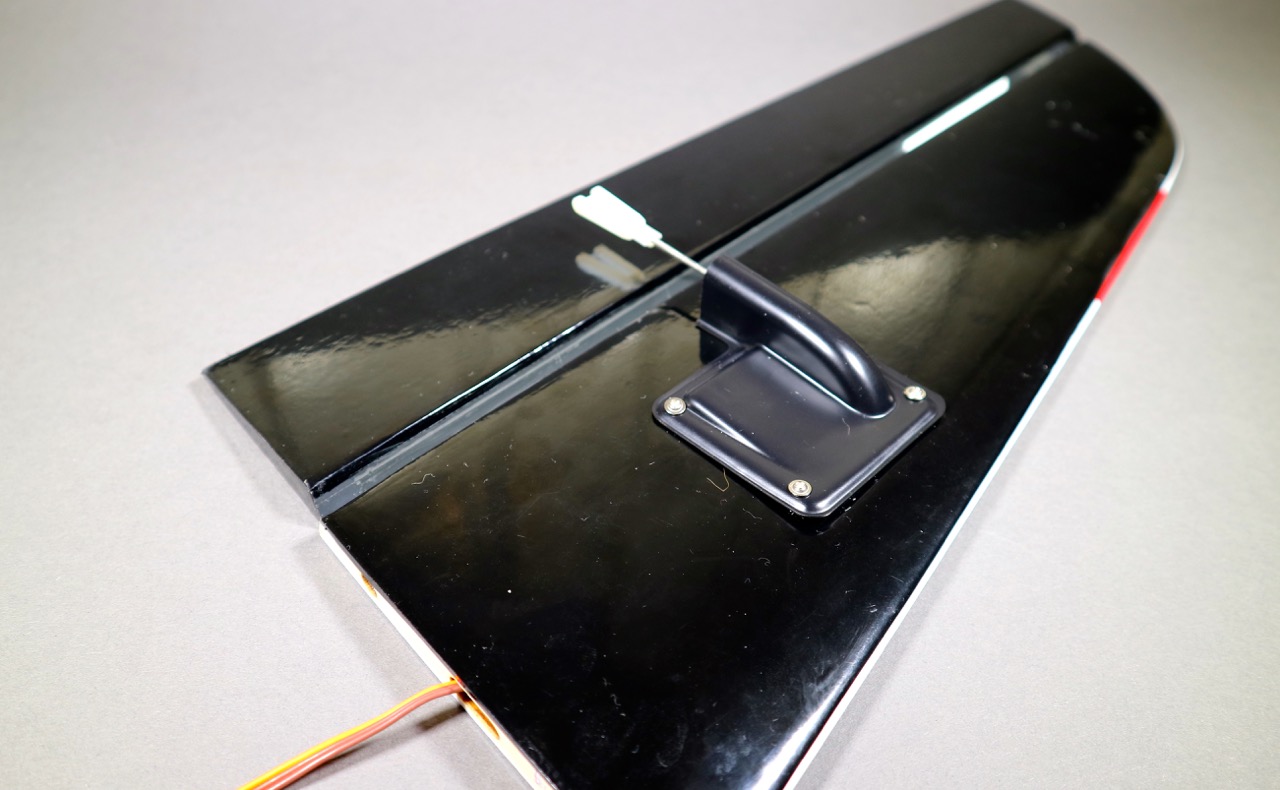 At first glance, this looks very neat and a simple solution.  There was, however a large issue in getting the cover to fit flush to the wings surface… basically, it wouldn’t.  The problem was the servo mounting pieces inside the cover meant it was quite a rigid piece and needed to bend over the surface slightly.  Although it did have enough flex to do this, there was really nothing for the screws to bite into with any strength to hold them in place.  I certainly wouldn’t trust a cover mounted in this way to stay in place. 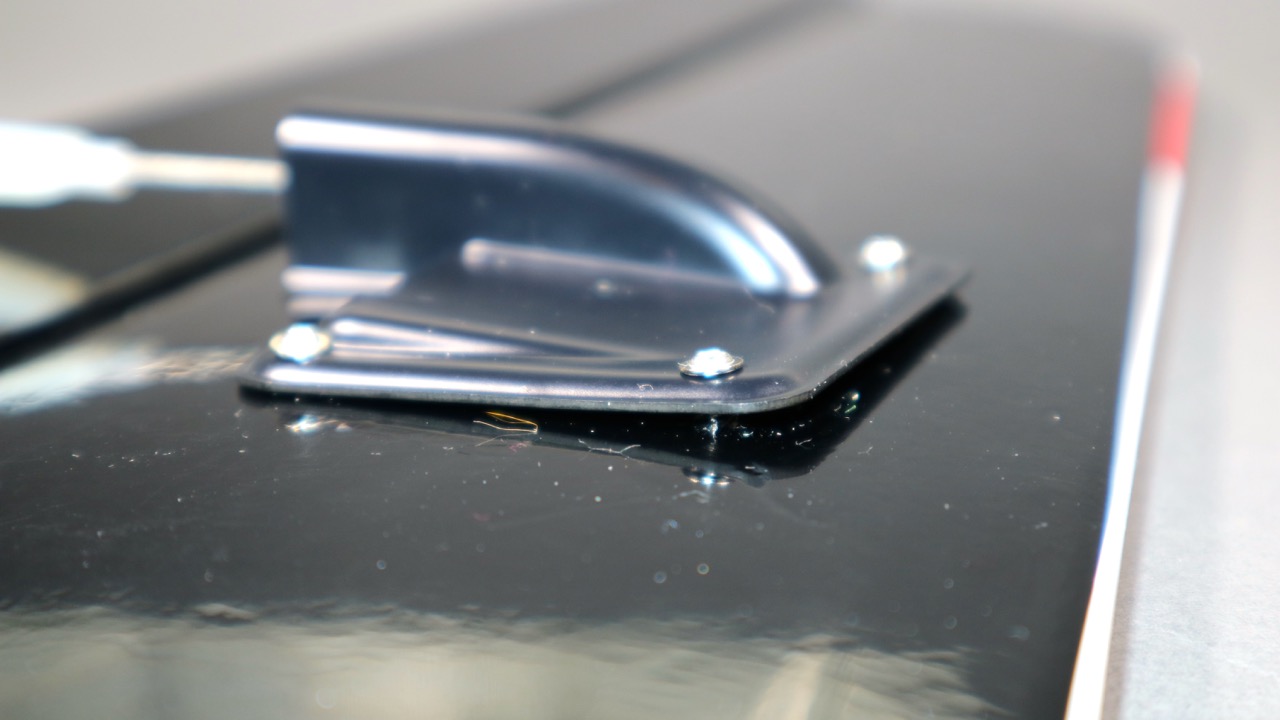 I was able to have another conversation with Rob about these covers, and he told me not to use them to mount the servos, but instead, remove the mounting pieces from the covers and literally use them as covers.  The servos could be mounted in the cavities with epoxy and would hold in place far better than using the covers.  He’d actually specified to get the covers without the servo mounts, but it seems to be a standard part from the Chinese factory, so getting them without the mountings is proving difficult.

The wooden mountings were easy to remove with a scalpel blade and this let them flex more.  Although the screws still don’t have a strong “bite”, it’s not so much of an issue now these just act as the covers.

To finish off the servo mounting, I measured out the position where the control horns would be fitted and marked some holes.  There are two options in the parts supplied, the type that glues into a slot, and the ones I chose – that are screwed in place from a second piece underneath the control surface. 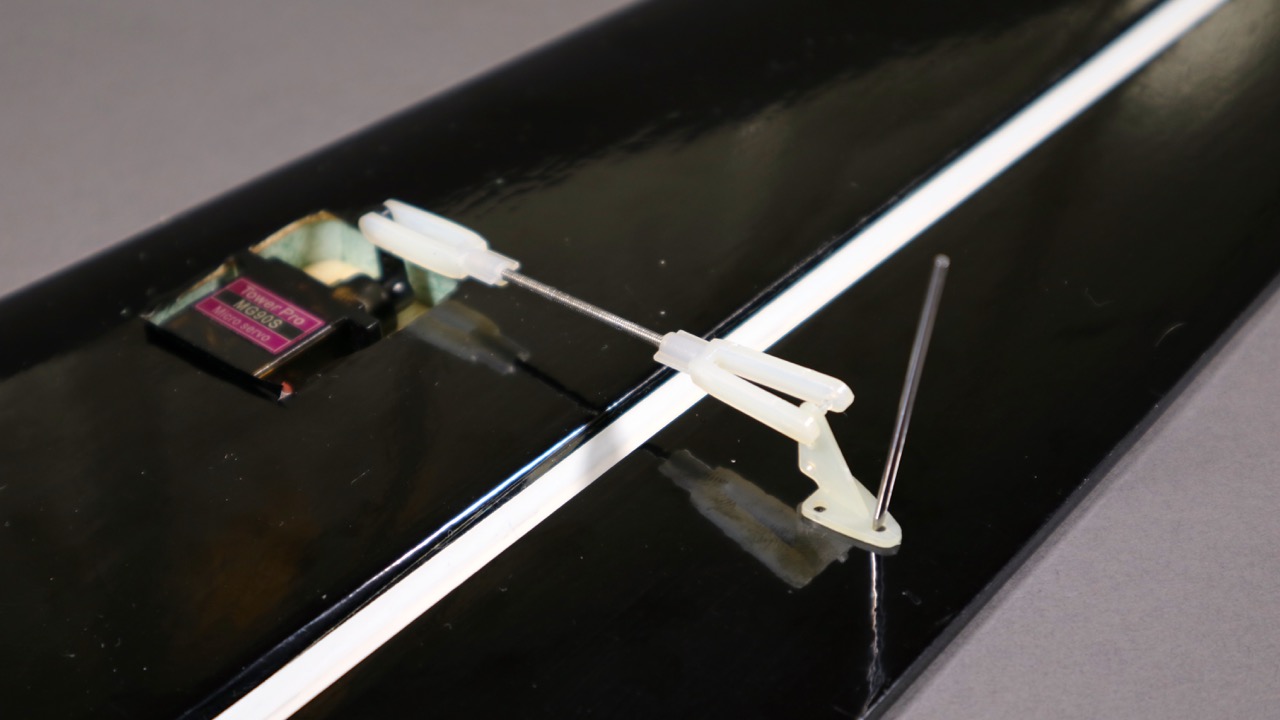 I used a small hand-drill with a 1mm bit to drill out some pilot holes, and then enlarged these to 2mm as the control horns use m2 screws to hold them in place. 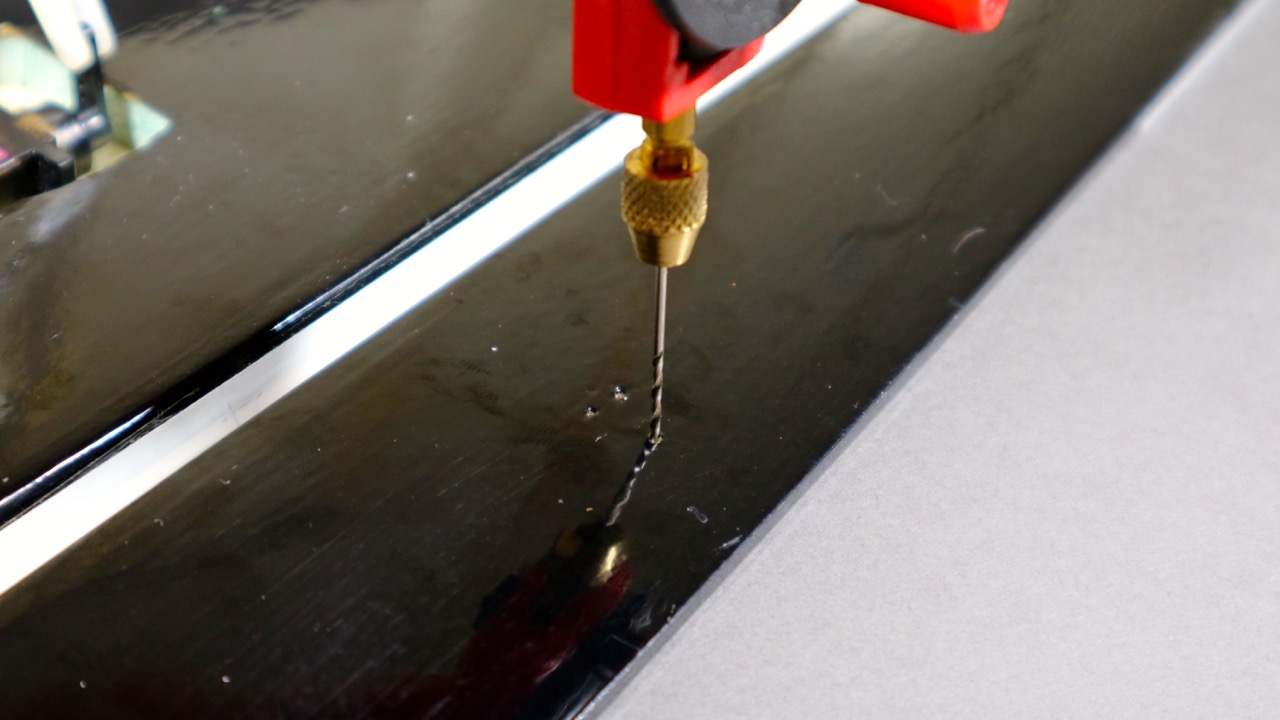 The screws supplied with these horns are 25mm long.  I felt they were a bit overly long by a good 10mm so bought myself some 14mm M2 screws from ebay to use instead. 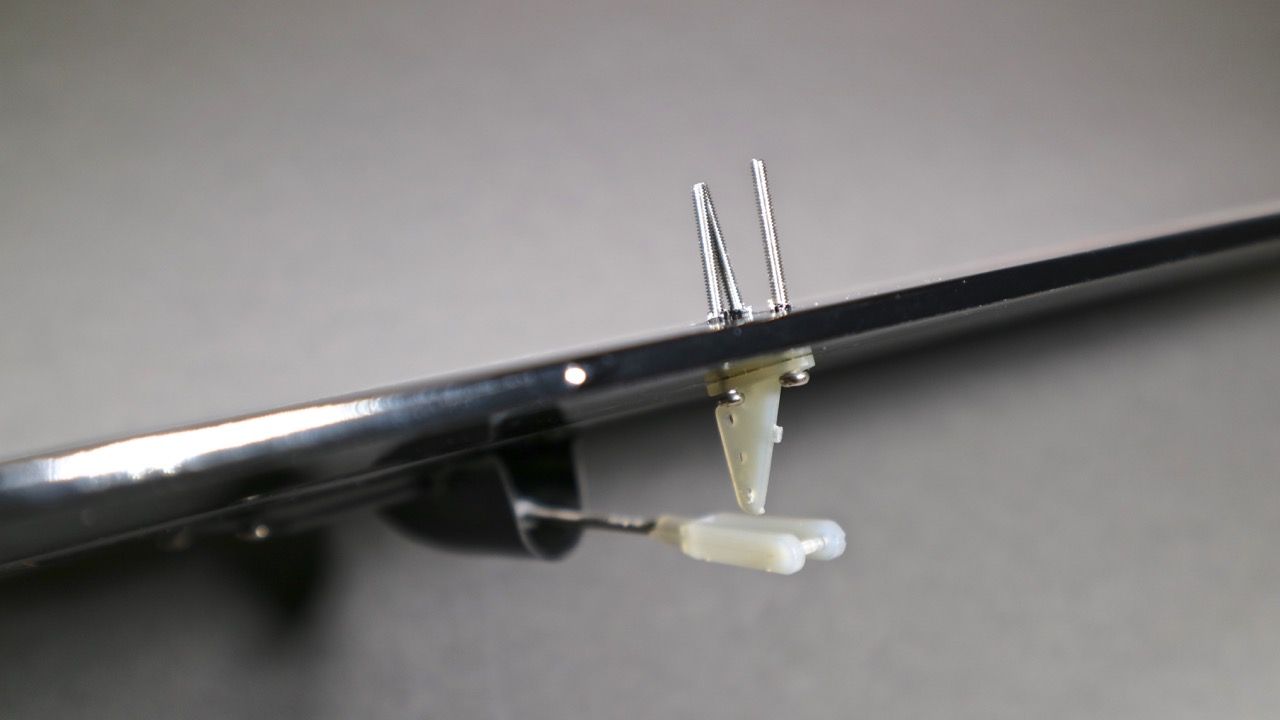 I was much happier with these smaller screws.  It’s a minor point, but as we’re wanting to keep this plane as slippery in the air as we can it only seems fitting to remove sticky-out bits whenever possible. 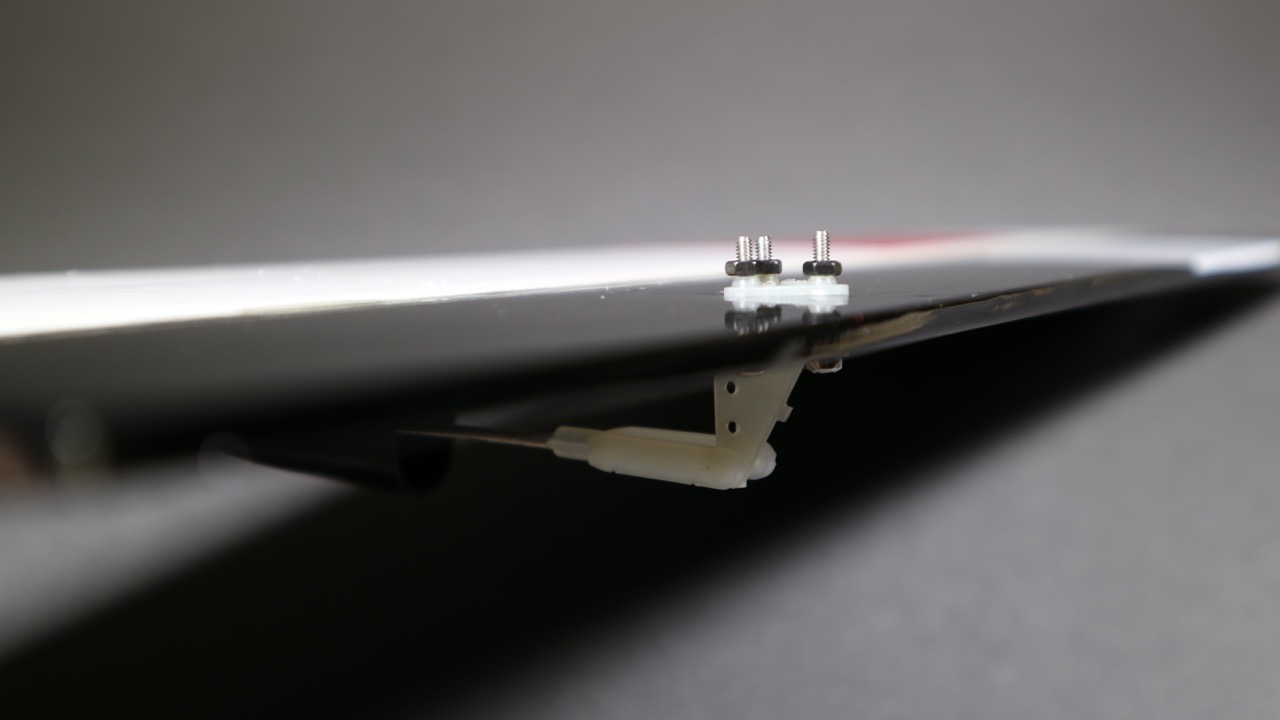 Having fitted out the servos for the two tail sections, I thought my last word on this post would have been something like “and then I repeated this process for the other surfaces”.  Typically though, it wasn’t quite as straightforward.  I moved onto the aileron surfaces next and immediately noticed that the cavity to place the servo in was deeper.  So deep in fact that the servo arm wouldn’t be able to move back and forth without the push rod colliding with the wing surface.

I moved onto Fusion 360 and designed myself a small (5mm deep) platform that would sit in the servo recess and would allow me to glue the servo on top of that to get it flush with the surface of the wing.  I went ahead and printed out 4 for the remaining servos… although this turned out to be incorrect. 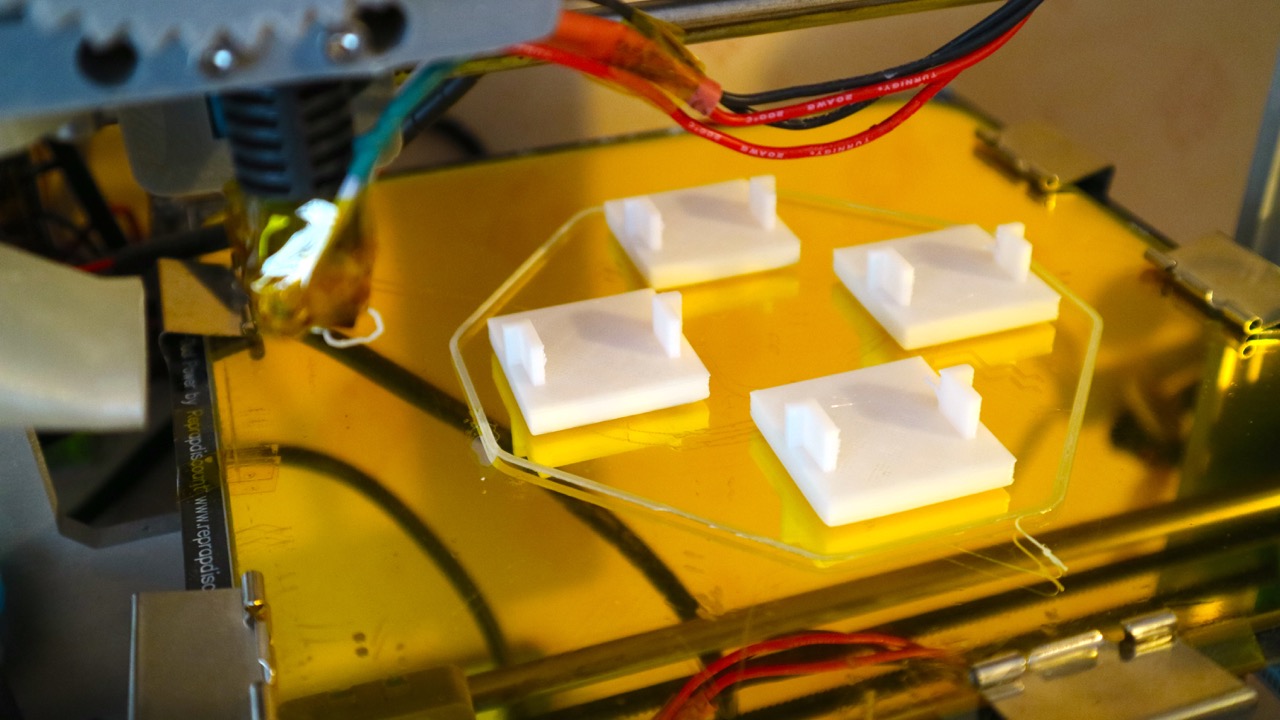 I created little walls to help keep the servos in place.  After testing out that these would both fit in the hole and hold the servos in the correct position, I went ahead and epoxied the servos into the 3d printed mounts. 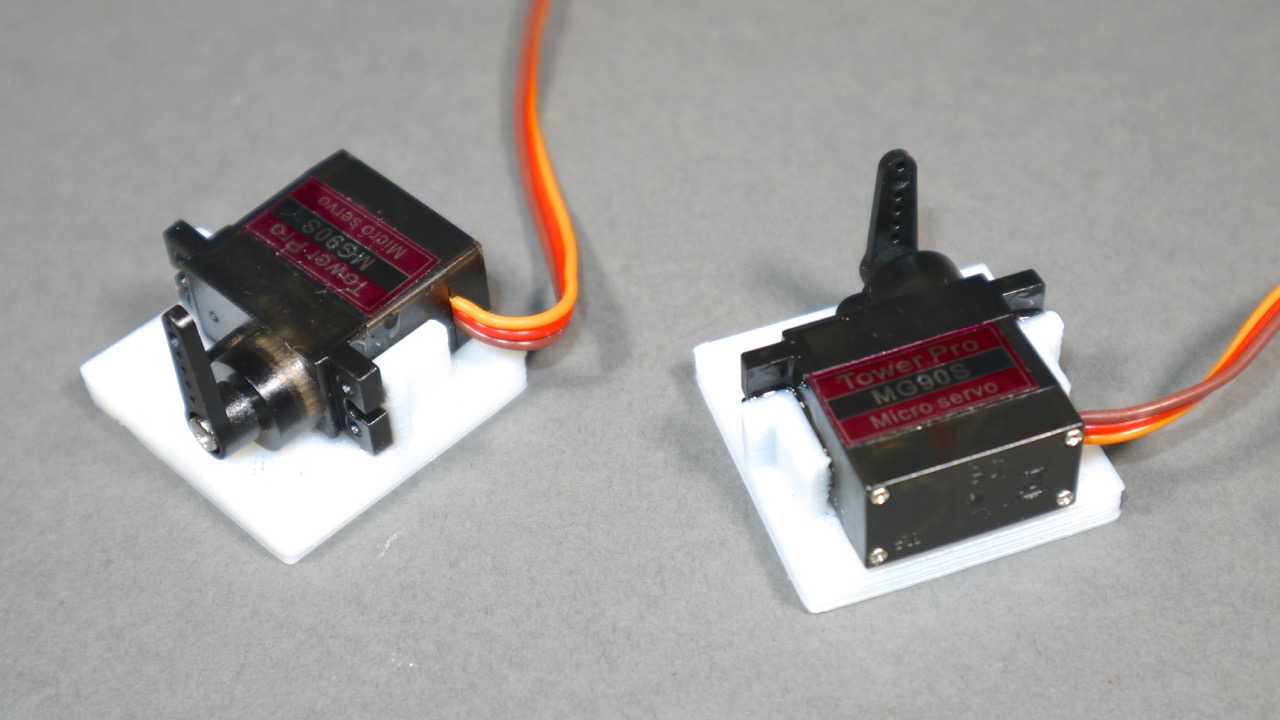 Then installed them into the ailerons, mounted the pushrods, control horns and covers using the same technique as with the V-tail surfaces.  Note that I haven’t decided on which control horn hole I’ll be using, so the clevises aren’t properly fixed in place at the moment. 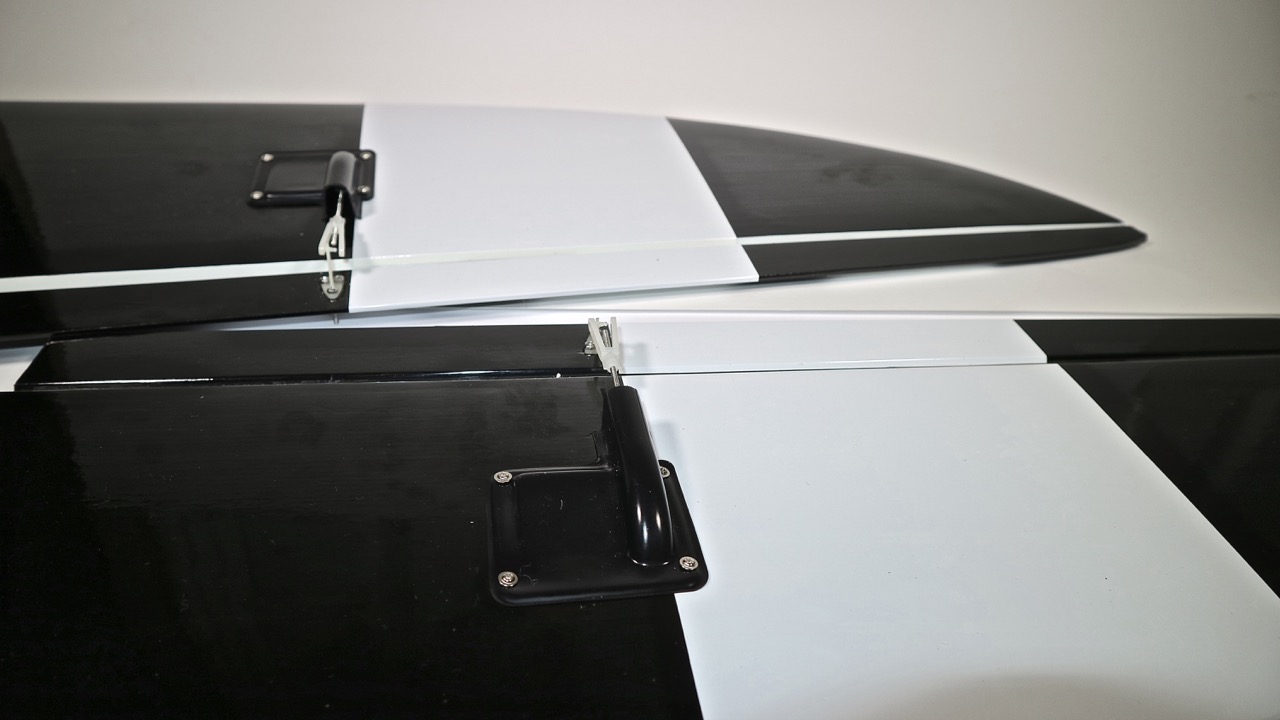 I started to repeat this process for the flaps, and immediately noticed that the recess hole was even larger.  I fixed this by changing for servo platform design slightly by increasing the depth to 10mm (instead of 5mm for the ailerons).  I will put all the .stl files for any prints I did on thingiverse.com once I’ve finished putting everything together.

Whilst this sorted out the servo problem, I decided against fitting the properly at this point.  This is because this section of the wing needs to have a lot of extension cables running through it.  In each of the wing pieces with flaps, there’s both a servo recess and another bay (one for the receiver, and one for the VTX) so I really need to run all the wiring through the wings first so I can make sure that there’s adequate room for everything before the servo’s are mounted. 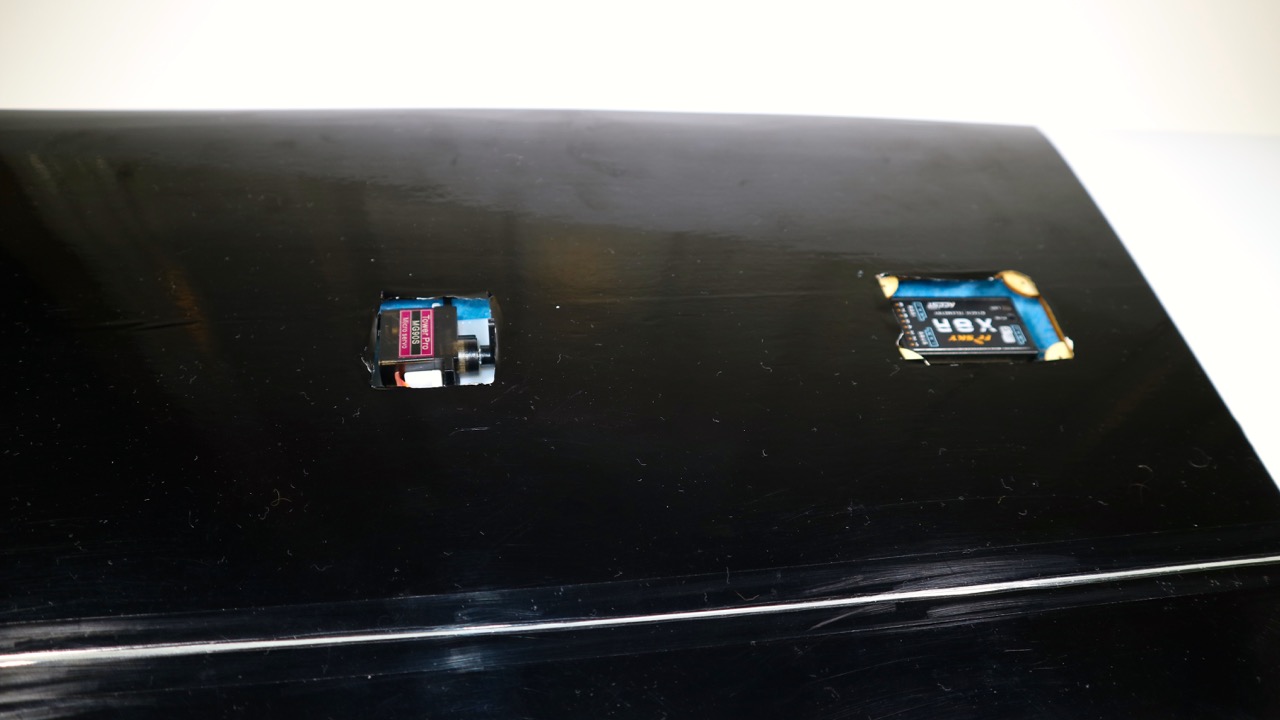 I’ll tackle these remaining flap servos in the next part of the build when I’ll add the VTX and receiver into the equipment bays and start on the wiring.  Look out for the follow up post detailing this soon.