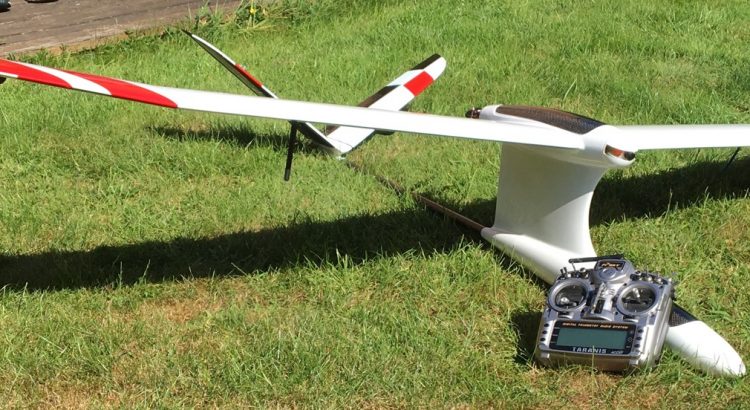 In this final build part of the Skyhook, there wasn’t actually much left to do.  The electronics were mostly in place, but there were just some annoying pieces to tick off the list.

First up was the camera mount.  To start with, we had a slightly confusing set of parts along with my camera – wondering how it all fitted together. 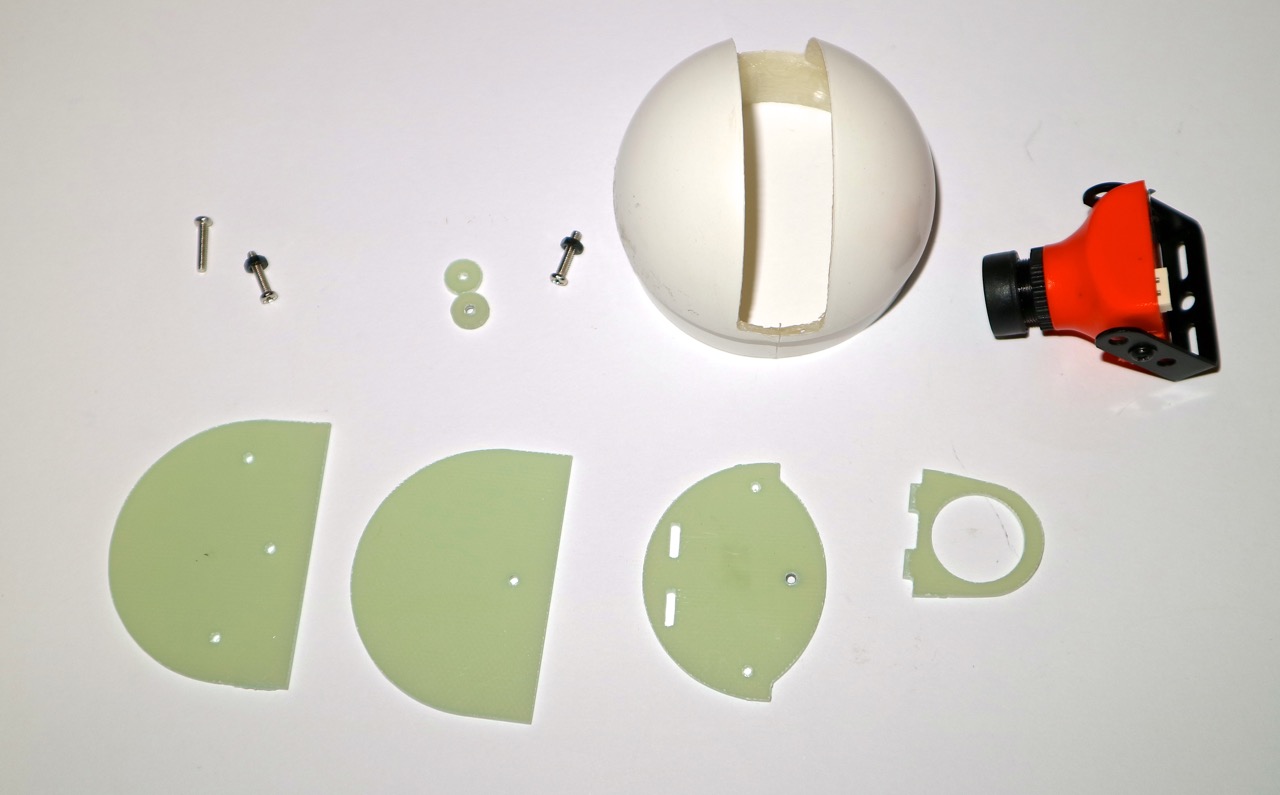 Luckily, and with some help from some pictures of previously put together camera pods, I was able to figure it out.  I secured everything together with hot glue.  It held well and could be taken apart again if need be 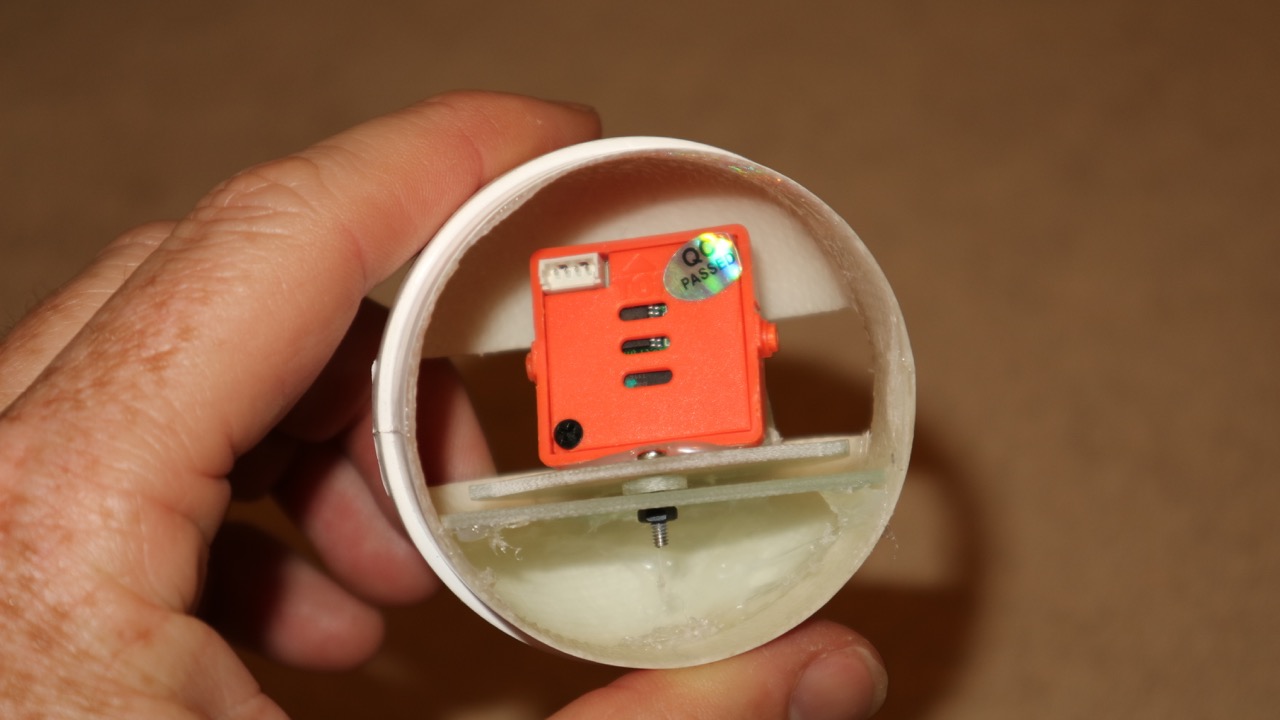 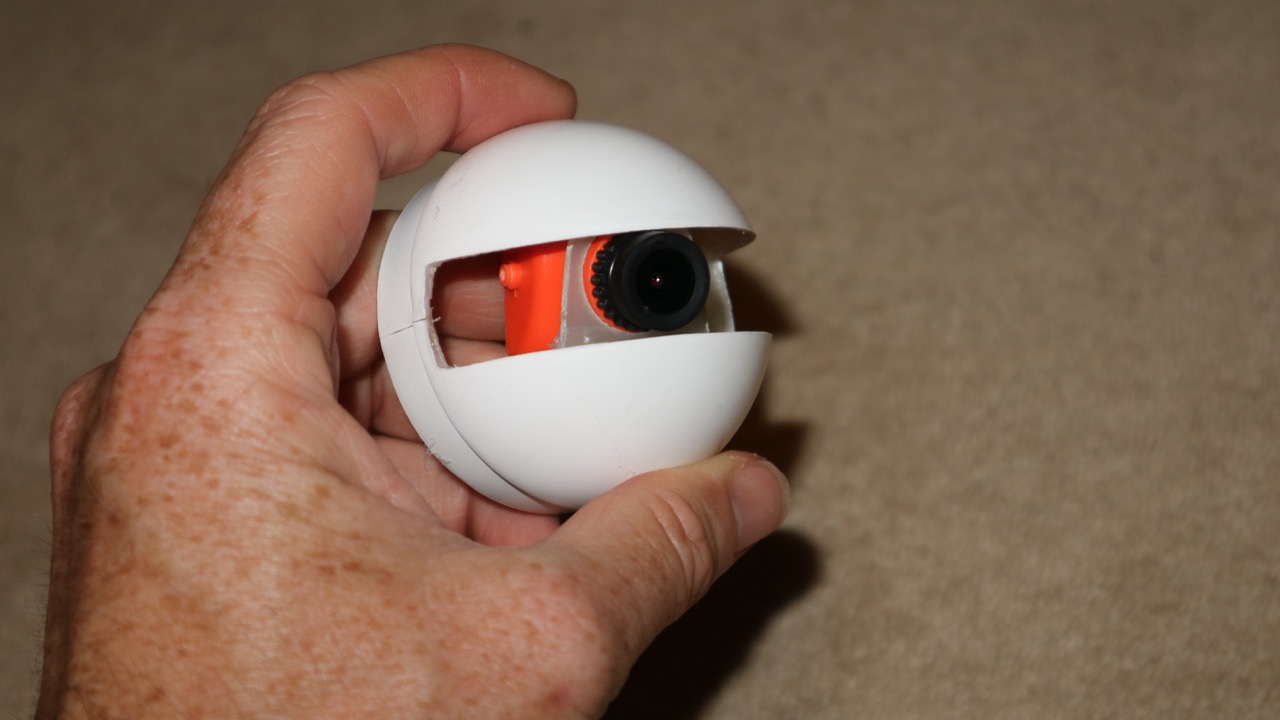 I then added a control rod so I could attach it to the pan servo, and installed it all in the plane – connecting everything together for a test. 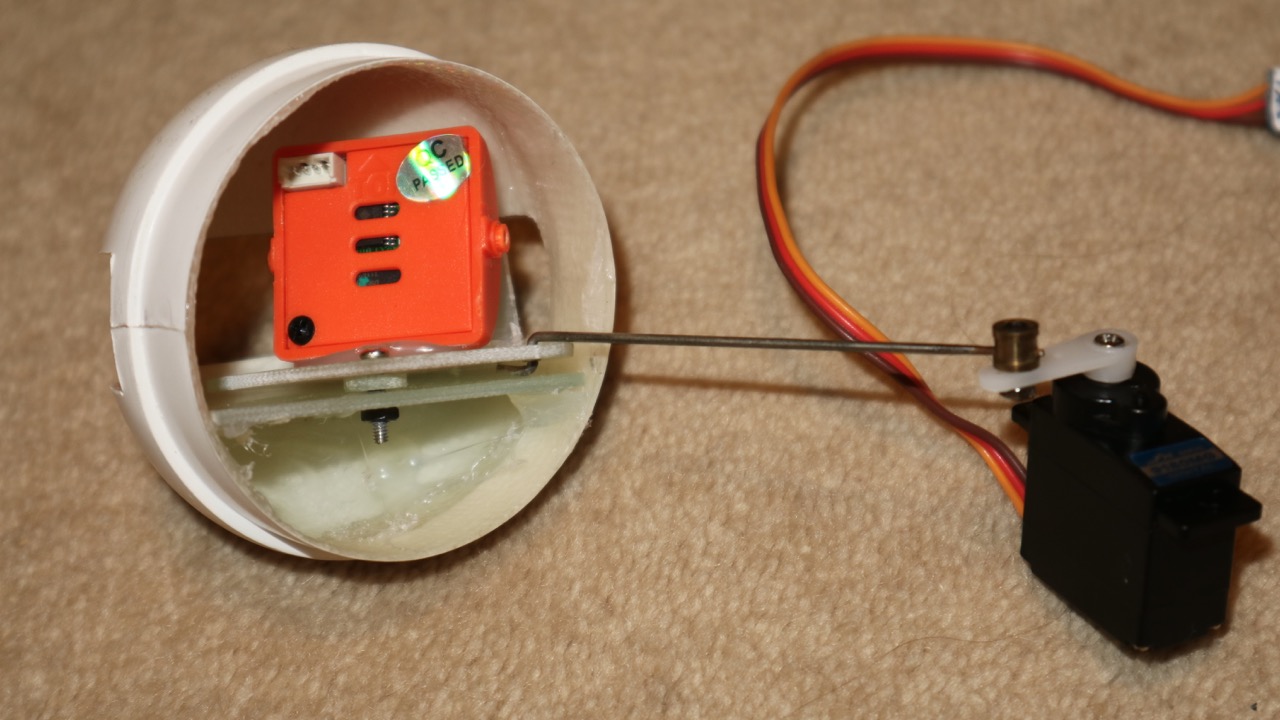 It all worked, but the problem as I saw it is that there was too much nose in my view.  In order to fit the camera in, and use the little lens holder piece, the camera needed to point down just so it would fit in.  I took it apart and tried to see if I could line up the slot in the pod with the lens properly so I didn’t need to angle it down.  I couldn’t – so what to do.  Out with the dremel.  I marked out the sides of the platform that tended to hit the side of the mount and took these down. 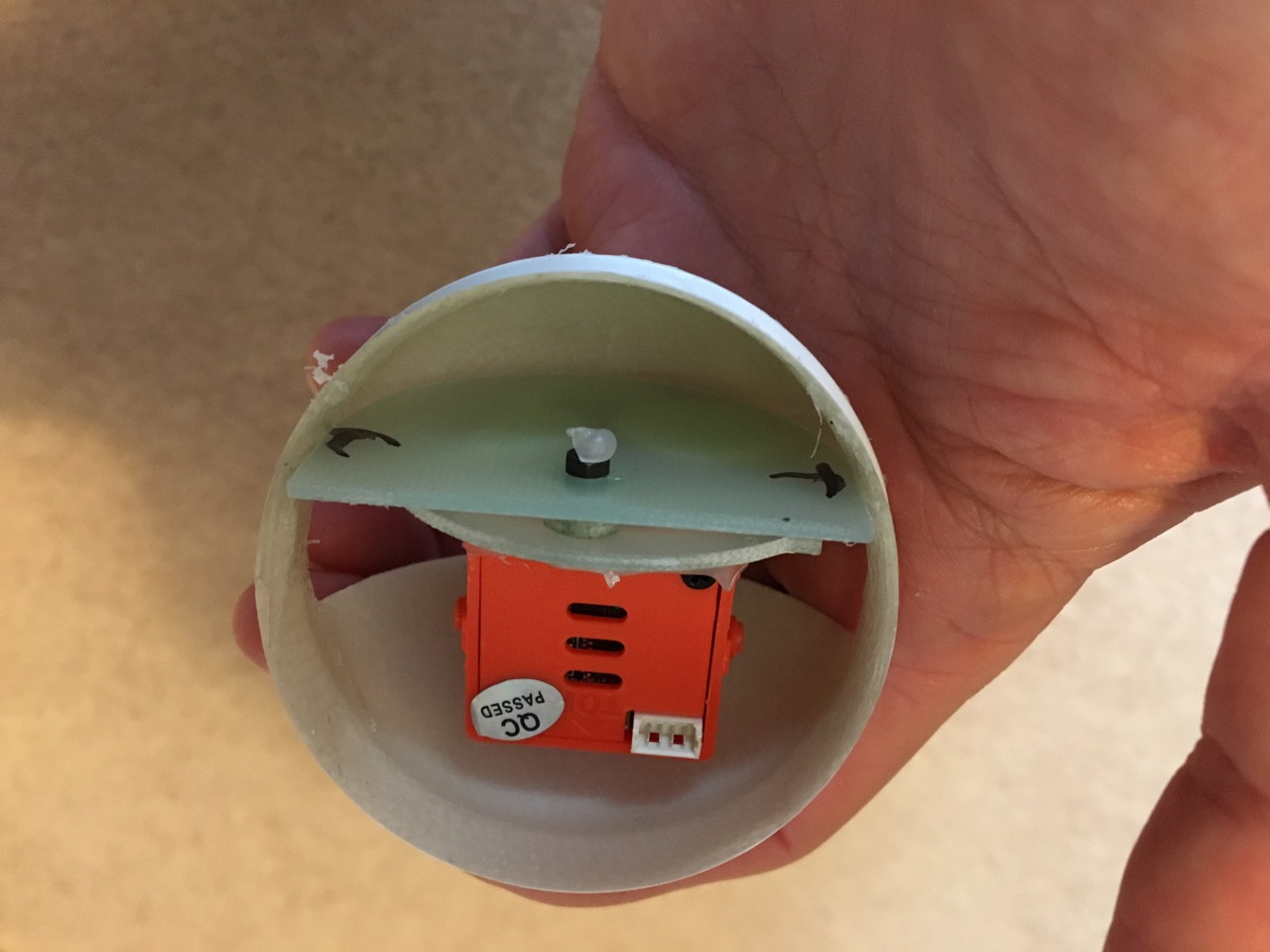 Even after removing some of the platform material, I found the lens could still foul the top of the opening, so also took out a little material from the top of the slit.  After that was done, I secured the pod in the canopy and secured the servo in place.  This was just done with hot glue. 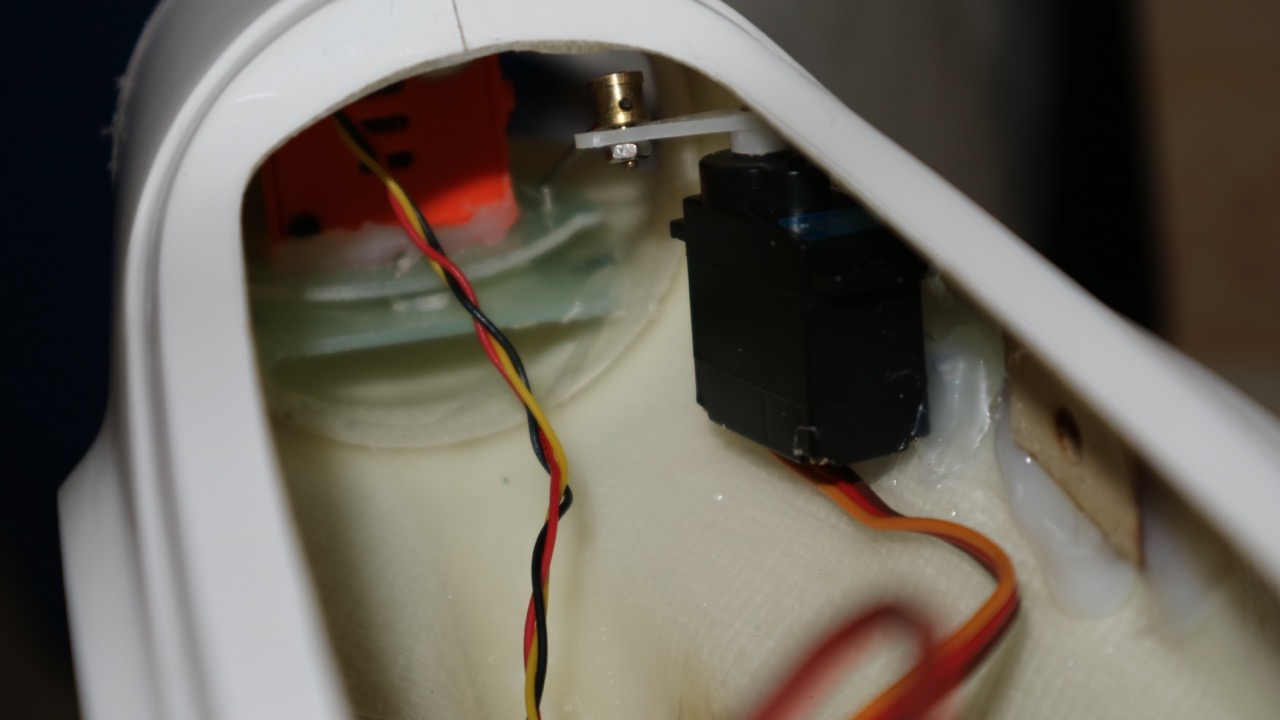 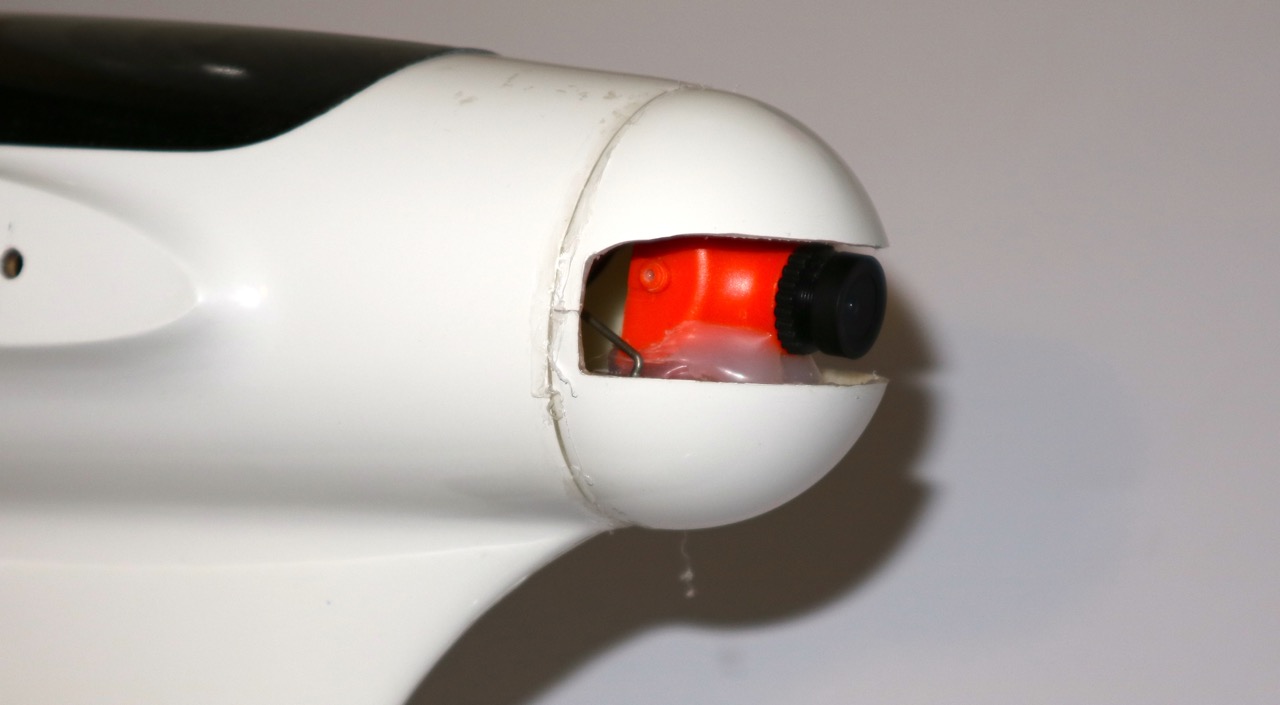 I turned my attention next to the tail boom.  Rob has suggested putting a simple servo screw of something equally tiny in place to make sure it holds.  I really quite dislike thinking about making holes in a carbon rod, but some tape and a high speed 2mm drill bit should be fine.  I spent a long time examining the boom when attached the the plan to mark out the centre (with a dab of tipex on the tape) 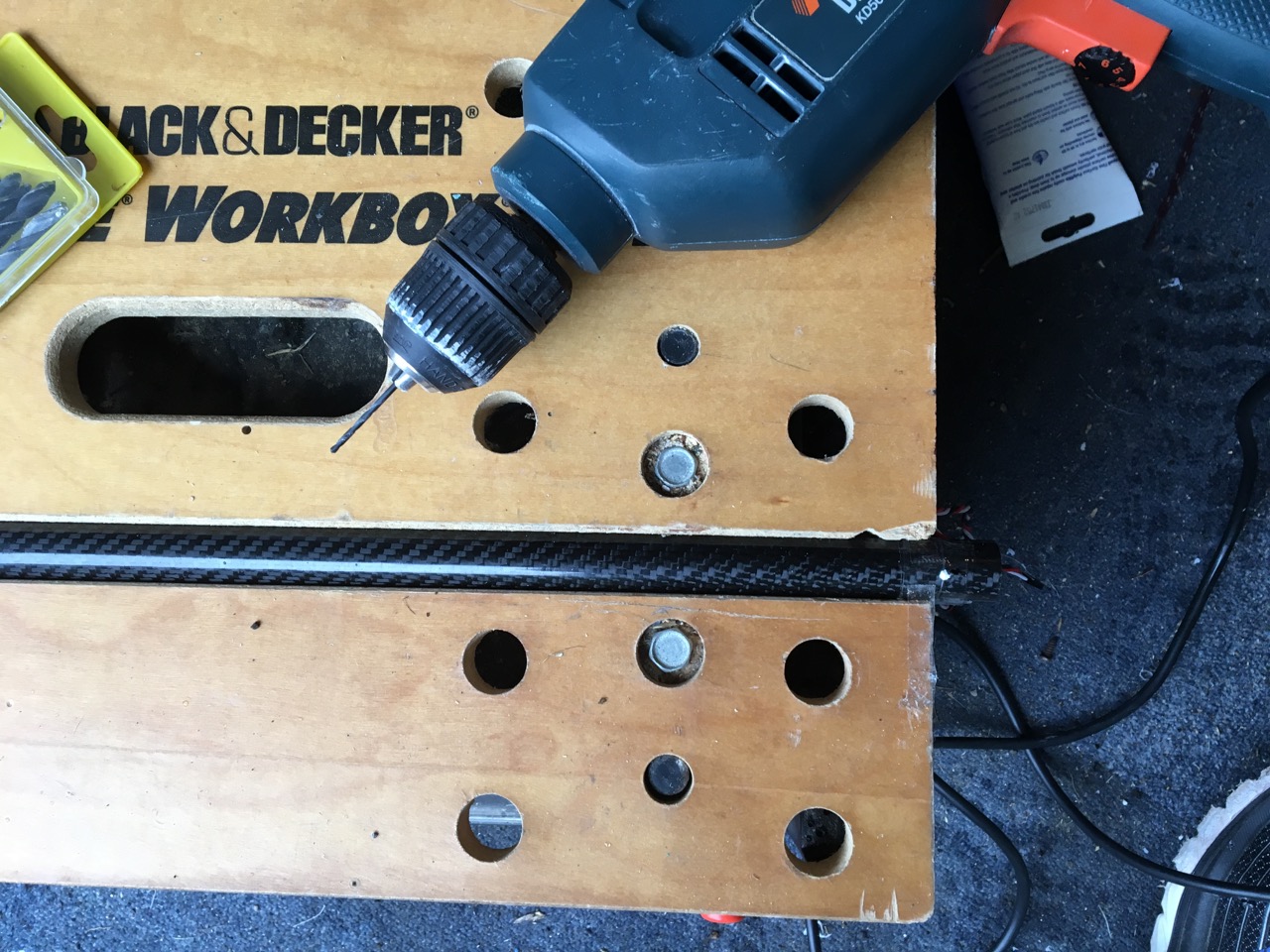 I decided to configure this so I could put a single bolt through the tail boom and most definitely hold it in.  The idea wasn’t to screw in tight, but just ensure it couldn’t ever come out – unless I wanted it to. 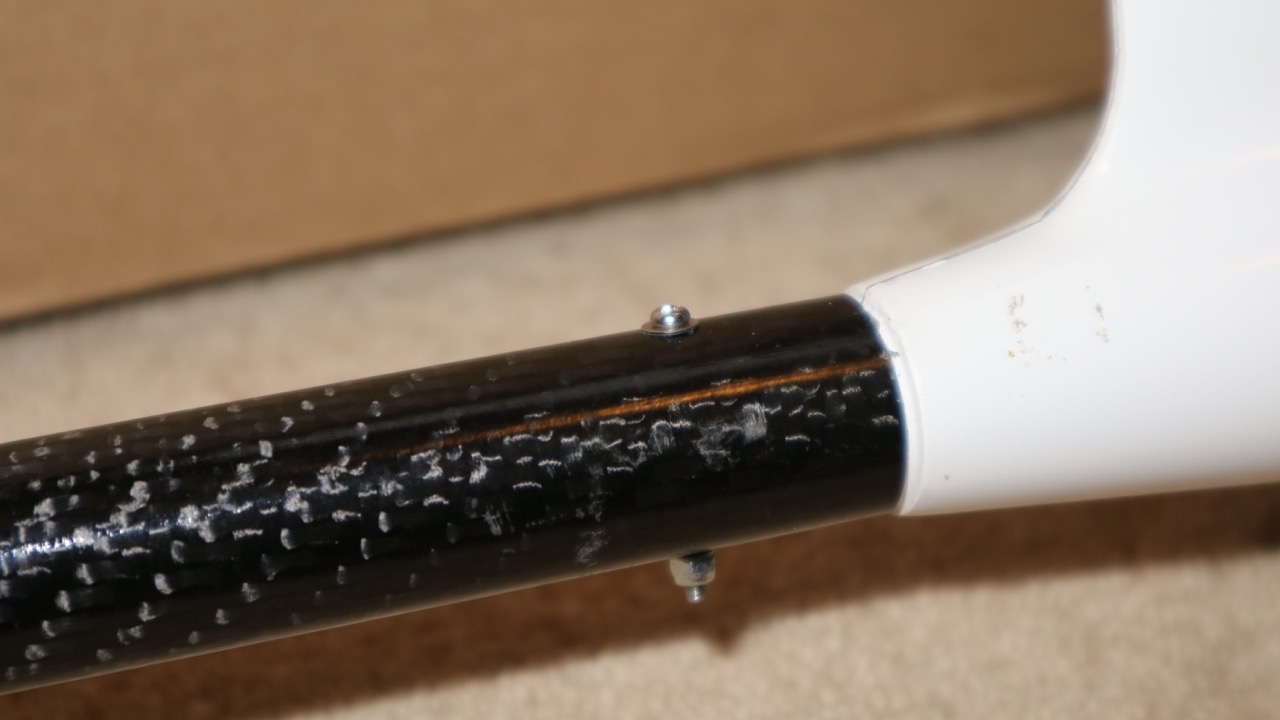 The last of the printed parts I needed to think about where the “things” to stop the folding prop from coming together.  I had thought that simple centrifugal force of the motor turning would make sure the props would behave, but having tested this when I had the plane together for a test with the initial camera config… it really doesn’t.  The props was able to get itself into bad positions both folding backwards and forwards.  Once in this position, the props wouldn’t separate themselves, so some intervention would be required.

It took me 4 iterations of modeling and then printing to get the fit perfect, but what I designed on Fusion 360 and printed out where these. 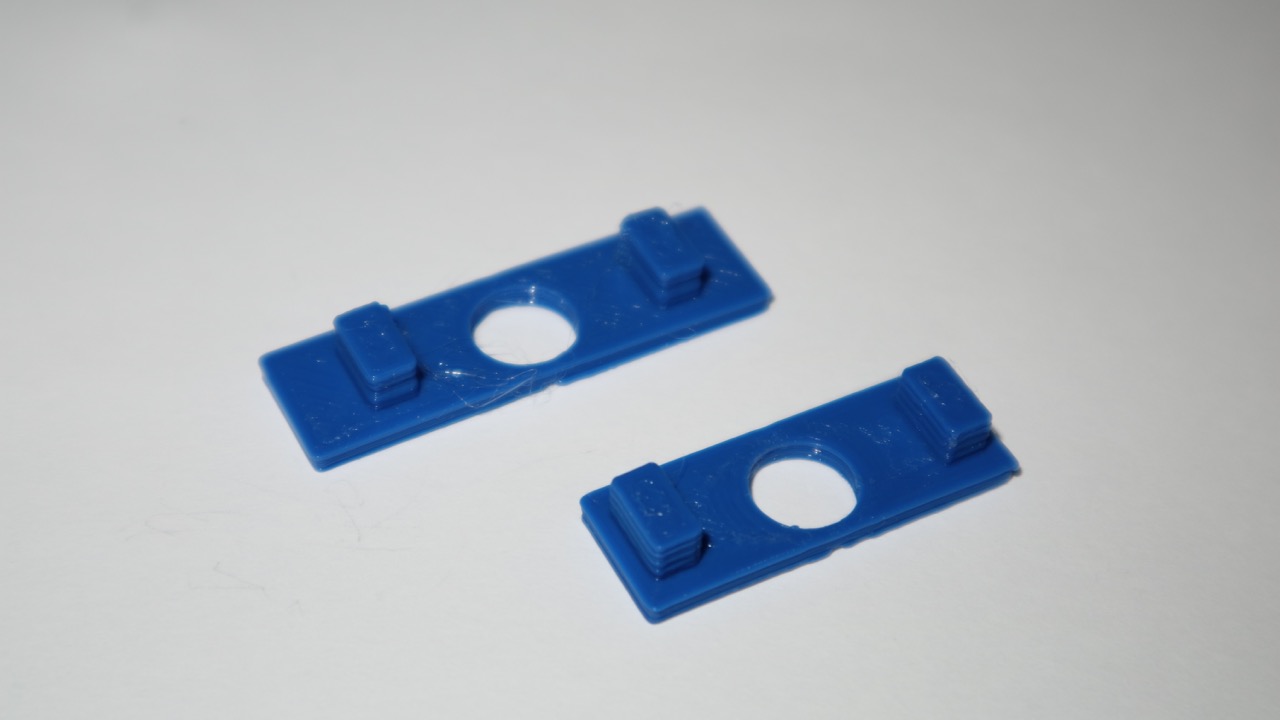 The hole threads into the shaft and the two lugs on each side slide into a gap in the hardware that keep them locked in place.  I tailored the length exactly so I knew how far the props could move in each direction.  Installed, it only lets the props move as far as I want them to. 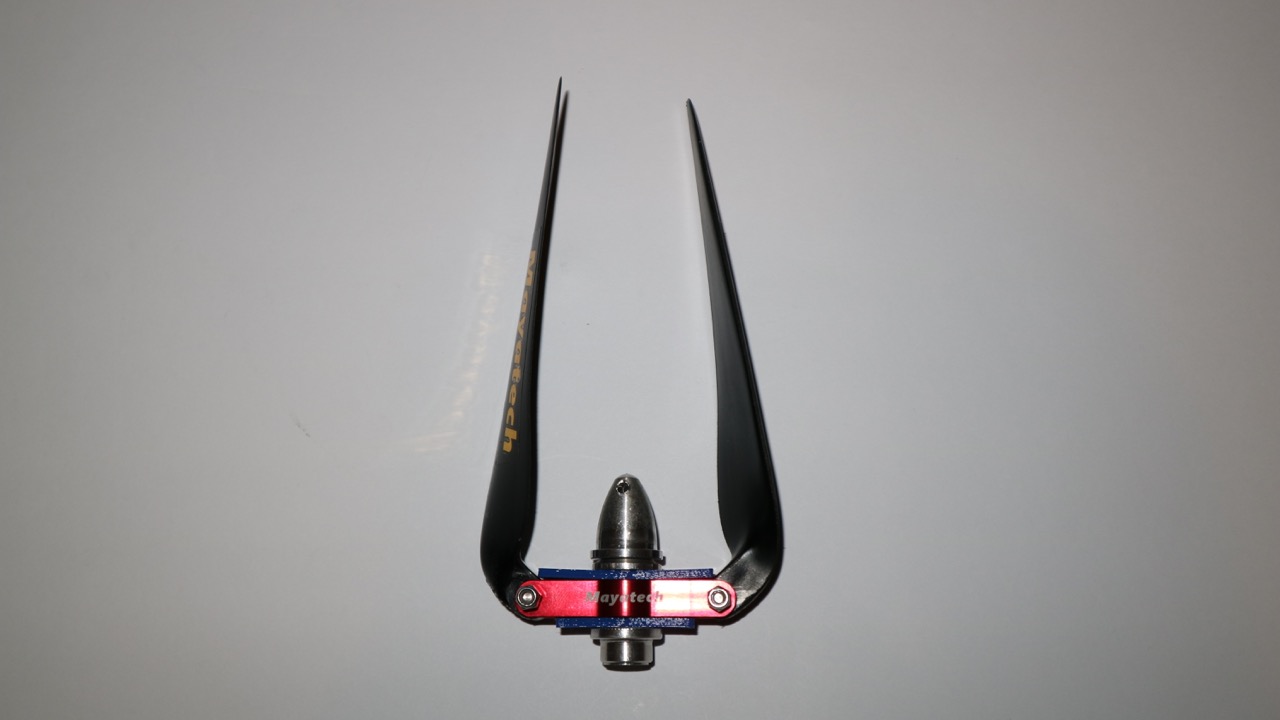 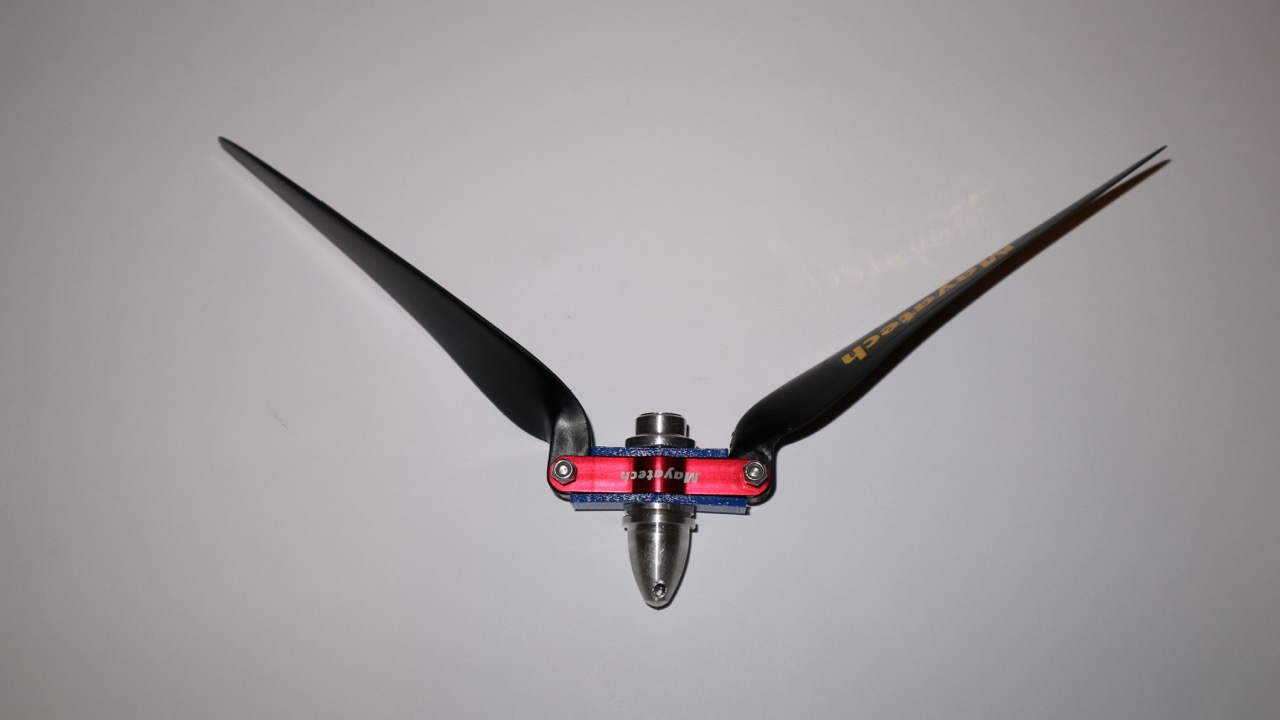 So, another test of everything was in order, so I connected everything up, and wondered out into the garden – as nowhere inside my house was big enough.  I secured the wing joins together with electrical tape – which had been the recommendation from glider people.  It had sounded a bit crazy initially, but the surfaces are very smooth and so this seems to hold very well. 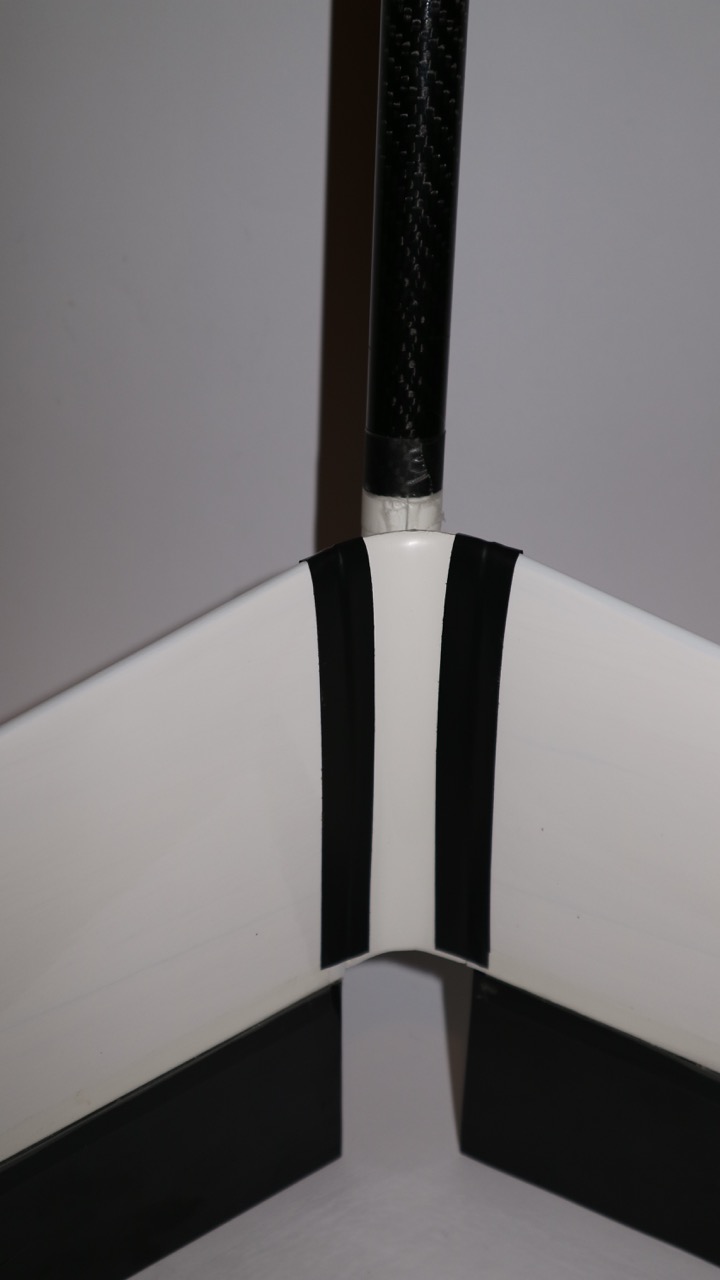 Everything seemed to work as expected, the camera angle is good, the GPS receiver manages to lock 18 satellites in my garden, the props spins up nicely, the flight modes in iNav look good and the surfaces respond well.  We look good for a maiden.  I just need to check where the CG should be (although I’m happy that I’ll be able to shift the lipo about to get that right)

As far as any little niggles go.  I wasn’t 100% happy with the main wing joiner.  It feels like the screws that go into each wing and then hold in the centre section with grub screws could just be a little longer to get this in place easier.  As it is, it fits, but it’s a fiddly job and you have to be perfectly precise to lock in each screw.  Another 10mm of screw on each side and it would be a doddle. 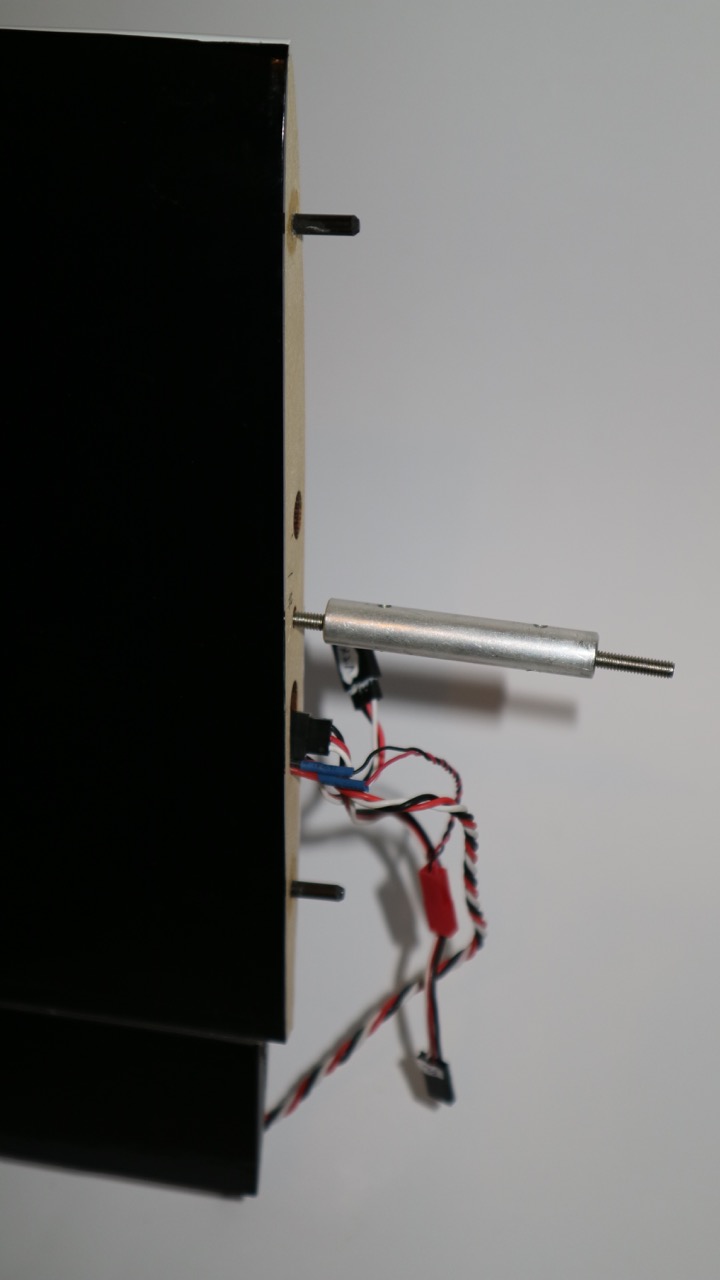 My only others light concern is having never flown iNav, I’ve no idea how to tune it properly, but that said the passthrough mode will work with iNav doing nothing but providing an OSD if I want it to.

I filmed a pre-maiden look around the plane just in case I really stuff it into the ground when I do fly it.  That video can be seen here.